Following the Rules: On the Bike and in Life - Bruce Kirkpatrick
Bruce Kirkpatrick is a contemporary author of fiction and non-fiction stories.
bicycle, cycling, life lessons,
16832
post-template-default,single,single-post,postid-16832,single-format-standard,bridge-core-2.4.8,qode-page-transition-enabled,ajax_fade,page_not_loaded,,qode-title-hidden,qode-child-theme-ver-1.0.0,qode-theme-ver-25.2,qode-theme-bridge,qode_header_in_grid,wpb-js-composer js-comp-ver-6.6.0,vc_responsive 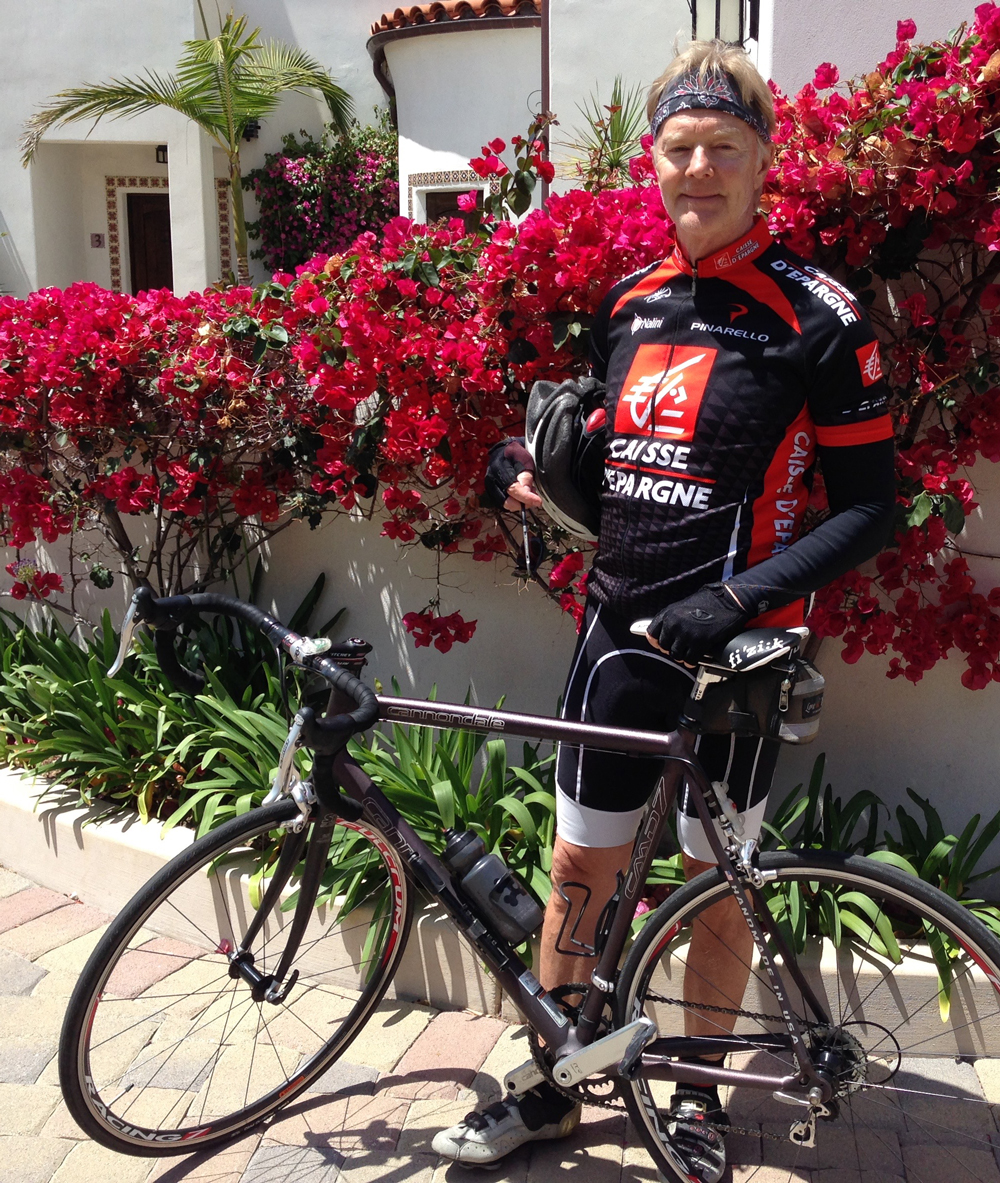 09 May Following the Rules: On the Bike and in Life

Posted at 16:40h in Life, Sport by Bruce Kirkpatrick 0 Comments

(This is an except from a book I’m working on. Hope you like it. Let me know if you want to see more!…Bruce)

The online obituary outlined a life well lived by a local bicyclist. He’d had a great business career, a loving wife, a couple of young children, and he was well-known in local cycling groups. Nationally ranked for his age group and always willing to stop and fix a flat tire for anybody. The obit didn’t say much about how he died, just that he died doing what he loved, riding his bike, in a head-on collision and that the driver of the car that killed him was not at fault.

I knew the exact location of the accident. I’d ridden that country road for years. So one bright, beautiful morning I rode out to take a look. I quickly found the flowers, crosses, photos and other paraphernalia that designated the spot. It looked like a miniature shrine to the man and reminded me of locations I’d seen on the news when a celebrity had been killed.

The obituary noted which road he’d been riding and I was standing at a T on that road. It wasn’t hard to figure out what had happened. He’d barreled down the hill, turned left at the T, and been hit by the car. He’d run the stop sign. Maybe he never saw the vehicle; maybe he thought that he could beat it through the intersection. I didn’t really know all the details, but they didn’t matter.

But I do know that if he had stopped—if he’d obeyed the road sign—he’d be alive today. Loving his wife and those children.

I’ve seen many other cyclists run stop signs and even red lights, defying the odds to keep riding fast. Lamebrains. And they give bicyclists a bad name, branding all of us as daredevils disobeying the rules simply for our own enjoyment.

It’s hard enough to stay safe on roads built for 4000 pound moving fortresses when you are riding 25 pounds of aluminum and clothed in two pounds of bright colored acrylic.

So I obey the rules. I stay in the bike lane when available. I signal my intentions with my arms. I don’t take unnecessary chances. I don’t run red lights or stop signs. It’s actually pretty simple to do those things; after all, its not rocket science. It’s bike riding.

Obeying the basic rules in life is pretty simple, too. At a company I worked for in Silicon Valley, our controller believed that one rule did not apply to him—paying taxes. He firmly alleged that income taxes were unconstitutional. Don’t get me wrong, I don’t much like paying them either. And I know there are creative and legal ways to pay fewer taxes. But I also know that if you don’t pay the IRS what you owe them, eventually they will catch you. And make you pay—or put you in jail. I lost tract of that controller when I left the company. I hope he’s not behind bars.

90% of succeeding life is playing by the rules. We’ll talk about the other 10% in the next chapter.

So I don’t speed while driving my car. Or if I do, I risk getting a ticket. I pay my bills on time; if I don’t, I risk paying interest on my credit cards or having the gas, water or electricity turned off.

I pay my taxes.

I wash my hands after I go to the bathroom.

I drive right and pass left. (It’s the law!)

I use my turn signals while driving.

When doing laundry, I don’t mix the coloreds with the whites.

I keep my promises.

I say grace before meals.

I count my blessings.

And here’s the corollary to the rule—I do my best not to complain about obeying the basic rules. Sure, some rules are not right and God bless the souls that have the gumption, grit, and guile to challenge them. But most rules are in place to make the world an easier place to navigate.

If you learn not to complain about obeying the basic rules, you can concentrate on enjoying the rest of life.

We all know people who love to break as many rules as they can and get away with it. They cut in line. They speed down the interstate highway. They cheat on their taxes. They don’t leave a tip at a restaurant. They steal from the offering plate. They run red lights. They bitch and moan on Twitter or post lies and slander on Facebook—the truth be damned! And they call themselves daredevils or rebels or radicals or renegades or mavericks or iconoclasts or simply non-conformists. But most of the rest of us think they’re jerks. It’s not easy going through life having most everybody thinking that’s what you are. If you are a jerk, it catches up to you, eventually.