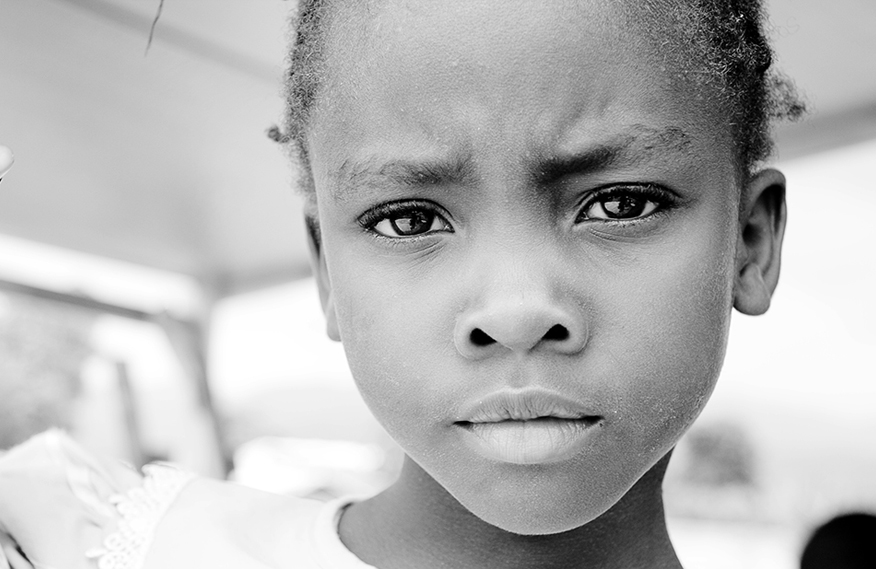 Posted at 18:32h in Giving Back, Haiti, Humanity by Bruce Kirkpatrick 3 Comments

My wife had this great idea that we should spend our 25th wedding anniversary in Italy. It wasn’t my first choice, but I’ve learned to trust my wife immensely, especially when it comes to discovering the world.

For some reason that I can’t remember, we didn’t actually go to Italy until about six months after our anniversary. We planned to arrive in February, which we knew might be chilly, but since we could save a little money during off-peak season, we booked it.

After we finalized our itinerary, we found out that our daughter had missed the deadline to study abroad during the fall semester of her senior year in college. She did manage to secure a spot in a program in Spain starting in January. You see where this is headed, don’t you?

The phone call soon followed. “Hey,” she said, “you guys are going to be in Europe the same time as me. Why don’t I come to Italy, and we can tour together? I have a week off, and we could even fly to Barcelona, too.”

Uh-huh, nothing better than sharing a dinky hotel room during your epic romantic anniversary trip to Europe—with your daughter!

This is the daughter that had been in European time zones for a month by the time we arrived, and who had traveled during her weekends all over Europe. Who was in this “I’ve got to see it all while I’m here” mode. Who wanted to get up at 7 am every morning—about the same time that my body was finally going to sleep. She also liked to walk at a four-minute-mile pace everywhere she went, so she could see more things. Somehow, she never got tired, ever, because she was 20 years old. Which was 38 years younger than her jet-lagged, sleep-deprived father, who had gotten about 12 minutes of sleep the night before.

It really was a great time; my wife has photos to prove it.

When I finally got my phone working, about midway through the second week we were there, I found a voicemail message. It was from the CEO of a non-profit on whose board of directors I sit. He said he had just gotten back from Haiti, he wanted to start another non-profit, and he wanted to buy 100 percent of my time for the next three or four months. I’m a consultant, I sell my time to clients, and to a consultant, he spoke the magic words. I called him from Barcelona, and we set up a meeting for the day after I got back.

So began my love/hate relationship with Haiti.

The CEO’s vision was to help rebuild Haiti after the devastating earthquake of January 2010. Anywhere from 100,000 to 300,000 people had died (there’s some controversy about the actual number), over one million people were left homeless, and 27 of 28 government buildings in the capital city of Port-au-Prince were leveled, leaving a government that barely functioned before the quake virtually helpless.

My job—my paying job—was to do all the communications for the new company. Things like come up with a name, website, logo, business cards, marketing materials, etc.  The first project for Extollo International (Latin for “raise up”) was to rebuild an orphanage housing 50 girls in Leogane, epicenter of the shaker. These 50 young ladies, ages one to 20, lived in a single room with no electricity, no indoor plumbing, and no kitchen. They made meals over a fire outside, used an outhouse, and luckily had a well on the property. But to get water, they had to haul it up with a rope and a coffee can.

During the year-long construction of a brand new orphanage—with indoor bathrooms, showers, septic system, rain capture tanks, and electric lights and ceiling fans—we discovered that we couldn’t find any local Haitian men or women to help us build. There were few trained construction craftsmen in Haiti; reconstruction was using the same methods that caused everything to collapse in the first place.

Here are a few sobering facts about Haiti you might not know: 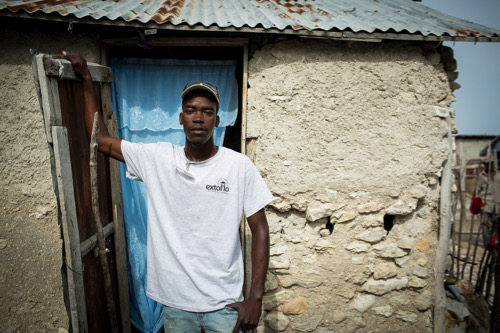 So we tweaked our business plan. We added training in construction skills for Haitians into our building projects. We usually had to start with the basics—this is how you hold and swing a hammer. Yes, very basic. Then we built curriculum, but found even though it was translated into Haitian Creole, some of our trainees couldn’t read. (See bullets above).

But it was still a pretty good gig for me. The CEO of this new company was paying my monthly invoices—out his own pocket. This took place after the recession that devastated my consulting business, so I kept sending the invoices.

Then I went to Haiti.

My home church had donated some money so that I could buy new beds, mattresses and sheets for the orphanage. My first two days I spent with a guide touring the Port-au-Prince area looking for those supplies. This was a year after the quake and the capital was still barely functioning. Stoplights were out, stop signs non-existent. Roads were so bad, you had to hang on inside the car because you were getting tossed around so much. The air stunk—with dust, debris, excrement, spoiled food, and so much else that was hard to determine.

The streets were lined with people. Some were afraid to be in their homes. Some had no homes. Some were selling whatever they could get their hands on to make enough money to buy food for the day. I saw one tall, elegant Haitian man by the side of the road. He’d made a roadside stand out of a few big rocks and a long wooden board connecting them. On the board, he had six quarts of motor oil and beside that lay four huge, used truck tires. That’s what he had; if he sold anything, he might eat that day. If not, he probably wouldn’t.

When I returned after that second day to the makeshift shelter on the grounds of the orphanage, I cried. Tears flowed, no stopping them. I cried for the way people were living, I cried that it looked like they would live like that for a long time. And I cried because it seemed at the time that whatever I did couldn’t make much difference.

When I got home after 10 days in Haiti, I never sent the CEO another invoice. I joined the board of directors and dug in to make a difference. I had a cause bigger than my consulting business. I had seen God’s suffering children in Haiti, and it broke my heart.

Sometimes I want to go back to Europe and lounge on the Amalfi Coast and sip Italian wine and wait for my daily gelato.  I don’t want to think about Haiti’s poor, its plight, its future. We’ve been in Haiti five years now, and although it’s better—everything is better—it still has a long, long, long way to go.

Funny thing is, once your heart is broken, it doesn’t heal. It’s not like a broken bone in your body. Sometimes when you break a bone, it actually grows back stronger than before. But once you witness firsthand God’s children suffering, you can’t forget them. You can try to ignore them, but once God convinces you that his people need your help, then go ahead, I dare you, try your best to ignore God. Hard to do. Almost impossible. If you do, you feel like Hell, literally.

For me I got to a point in my life where I couldn’t ignore God anymore. My consulting business faded away. The need to make more money slipped from my everyday consciousness. The need to prove myself, applaud myself, and promote myself vanished.

So why did I call it a love/hate relationship with Haiti? I love that now I work to improve what has broken the heart of my Lord. But I hate that I can’t make a bigger difference. I love myself and what I’ve become when I work for the people of Haiti. I hate that I don’t do it better or more often. I love the people of Haiti and I hate the way life has turned out for them. I love the orphans of Haiti and how they latched on to me, how they stroked the hair on my arms and the blond hair on my head; how they always ended up in my lap, needing and craving the simple human touch. I hate that there are so many of them, abandoned. I love that my heart’s been broken, but I hate that I still try to forget that I know it has been. I love Haiti and hate that I still want to forget it.

Then the Lord reached out his hand and touched my mouth and said to me, “Now, I have put my words in your mouth. See, today I appoint you over nations and kingdoms to uproot and tear down, to destroy and overthrow, to build and to plant.  Jeremiah 1:9

Show me, heavenly Father, those things in the world that break your heart. Let my heart be broken, too. Help me take a stand to do what I’m able to do. Keep my heart tender and touched; don’t let me lose that compassion you’ve given me, Lord. Don’t let me forget, even if I beg you to. Don’t let me get away with a half-hearted effort. Continue to work in me, be in me, and guide me to those people in your world that need me. Give me your Spirit daily as a reminder. Keep me tender hearted, Lord. Thank you sweet Jesus, amen.