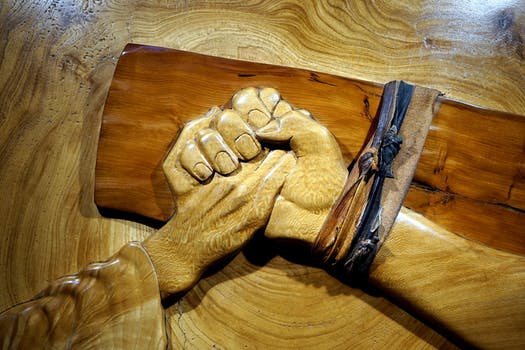 29 May Jesus as a Teenager

Posted at 17:25h in Spiritual by Bruce Kirkpatrick 2 Comments

Did Jesus get acne as a boy? Was he nervous around teenage girls? Do you suppose he talked back to his parents?

We don’t see much in the Bible about the early life of Jesus. We get all the birth announcement glimpses with the three wise men, the stable, and King Herod searching for the god-boy.

Biblical writers capture another scene in his youth, when he gets left behind in the temple. Then nothing else until he begins his earthly ministry around the age of 30.

Throughout the New Testament we get bombarded with gospel accounts of how the god-man was both God and man. We get to see the human side of Jesus in adulthood. The writers conveyed how Jesus understood our dilemmas of being human. He felt rejection, scorn, apathy, derision, abandonment, pain—all the emotions we feel. That way, when we ask for forgiveness of sins in front of God, Jesus knows and understands and…he forgives. Because he’s been there, done that.

In Luke’s gospel, we get our only glimpse of Jesus as a pre-teen, referred to as “the boy Jesus.” It’s Passover and his parents have traveled from their home in Nazareth to Jerusalem, about 100 miles. After the feast, they began their journey home—all except for Jesus. There must have been a big troop of people because for a full day, Joseph and Mary didn’t notice that Jesus wasn’t with them. When they finally noticed his absence, they travelled the day back to Jerusalem, then looked for him for another three days. Even with my limited math abilities, that’s five days.

When they finally find him—I’m sure by now they’re frantic with worry—he’s in the temple. Mary is beside herself and asks him why he treated them this way—that they were crazy with worry. And he talks back to them—why were you looking for me? You should have known where I’d be.

I can imagine at this point in the story—Luke doesn’t tell us—that Mary or Joseph or both of them come unglued. Maybe for the first time Jesus feels the wrath of his parents.

“Don’t you dare talk to me that way! I am still your mother. You had us crazy—crazy I tell you—with worry. You’re not too old to turn you over my knee. When we get home, they’ll be holy Samaria to pay. Five days! Five days we’ve been searching for you and this is the thanks we get?”

We’ve all felt that way, haven’t we? Right there in Jerusalem, Jesus knows how we feel. We goofed, we messed up. We disappointed those that love us. Now we’ll have to admit we were wrong and pay the penalty for our mistakes.

I suspect the teenage years for the holy family were not all a bed of incense and myrrh. Maybe Jesus was plagued with acne as a young boy. And the kids in the carpentry apprentice school made fun of him, bullied him, laughed at him. Mary probably said that since Clearasil wasn’t going to be invented for thousands of years, he would just have to get used to it, that it would go away as he grew into an adult. Maybe she said, “This too will pass.” Jesus probably said that he liked that thinking and asked if he could he use that particular phrase later in life.

Back to the acne: now Jesus understands scorn, ridicule, embarrassment. He knows how we feel.

What about girls? Don’t all teenage boys encounter teenage girls? Does it ever go smoothly? How would Jesus ever understand the conflicts that can bubble up between men and women later in life unless he experienced them for himself as a teenager? Maybe that cute little Jewish girl invited him to her bat mitzvah. Jesus probably asked Mary what he should wear and she said well, you only have that burlap tunic, I guess you have to wear that.

And then he arrived at the party and she smiled at him and thanked him for the gift—a new rope for her donkey—and he got embarrassed again. Maybe he pitted out the tunic cause I don’t think they used deodorant back then. And the day just went from bad to worse all day long.

Maybe she asked him when his birthday was and he shyly answered, “Christmas.”

“Oh, I bet you hate that, don’t you? Do you get one present that says, ‘Happy birthday and Merry Christmas?’ That must be terrible. I feel so bad for you.”

“Man, this girl thing is tough for boys. How do they ever figure this one out?” he may have been thinking as he walked home from the party.

You see, he had to experience all those emotions and a hundred more. Like these:

He needed those first 30 years of life to fully understand this human side of himself. In the Bible we read now, we are told of scenes where he begins to experience these all-too-common human emotions—abandonment, scorn, disbelief, ridicule, deception, malice —even from his own disciples and friends.

We’ve all felt those. Every single one of them. Some hurts just don’t go away. We may not show the world how we feel, but that doesn’t blunt the trauma of the pain. Jesus felt all those, too. He even felt the ultimate pain—the cross. He died on it.

Most of us reading this haven’t died yet, so we don’t know the ultimate pain, the ultimate sacrifice. But Jesus did. He knows them all.

So there’s nothing you can’t share with him. Because there is nothing he hasn’t experienced. He’s always so understanding. Never judgmental. All human, all God. All for you.

He felt it all. So he would know how we feel.